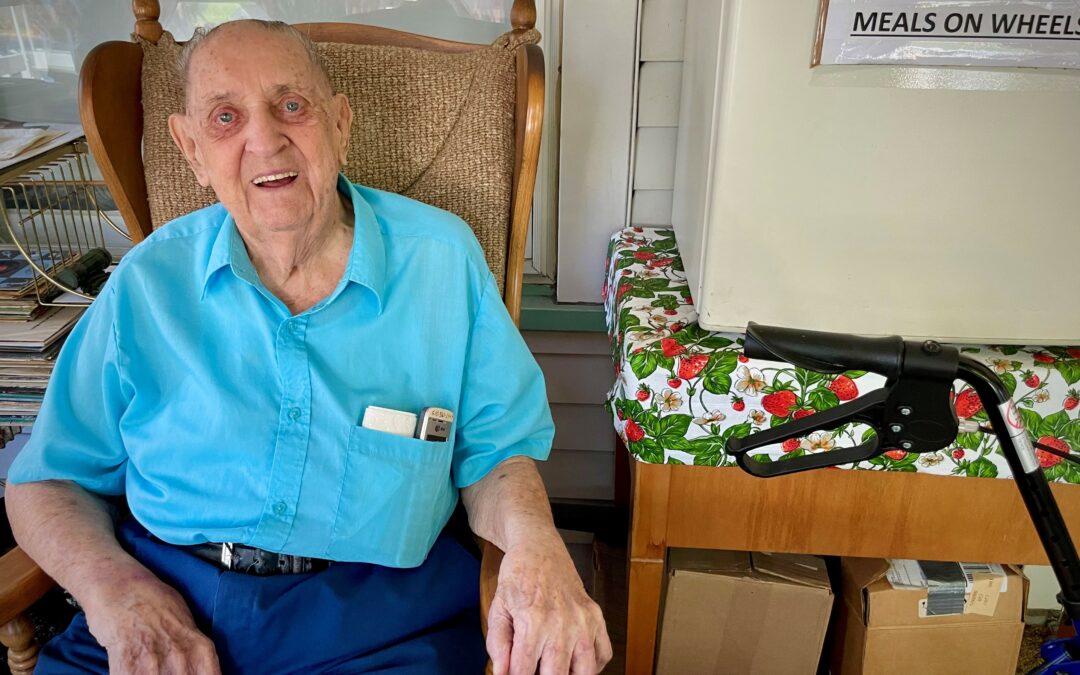 Meals on Wheels of the Greater Lehigh Valley (MOWGLV) client, Joe*, has always had a passion for cooking. Joe fondly recalls one instance when he was in basic training for the Army. He was practicing “blind driving” in the tanks and accidently crashed into another tank. He told his supervisor, “I’ve had enough of tanks, when can I get into the kitchen”? Once Joe made his way into the kitchen, he excelled and eventually made rank to Culinary Specialist of the entire kitchen.

After retiring from the Army, Joe went to work for CF Martin & Co. He enjoyed this work and took great pride in every guitar that he bridged or repaired. Joe was a dedicated worker for the famous guitar company for 40 years.

When Joe officially retired in 1986, he asked his wife if he could open his own store-front bakery. Since his wife was in poor health and the future seemed uncertain, the bakery never opened. However, this did not completely stop Joe! He decided that if he could not open a store-front bakery, he could at least bake and sell out of his home. He made homemade shoofly pies and sold them to farm stands and stores in his local area. Joe continued to bake his famous pies until he was 90 years old, before finally handing over the business to his granddaughter.

Joe has been fiercely independent for most of his life, however, one day while boiling some eggs on the stove, he fell asleep and woke to the smell of smoke coming from the kitchen. This is when Joe and his family turned to Meals on Wheels. The convenience of having meals delivered hot to his home, along with the nutrition that he was lacking, has helped to keep Joe healthy. He also looks forward to the daily visits from the volunteers, “I love when they come and we can chat for little. It helps to break up my boring days”!

At 97 years old, Joe takes every day as it comes. Having Meals on Wheels has helped him to continue to live independently in his own home for the past seven years, and for Joe, that means the world!

*Client name has been changed to protect identity.