More Than A Meal 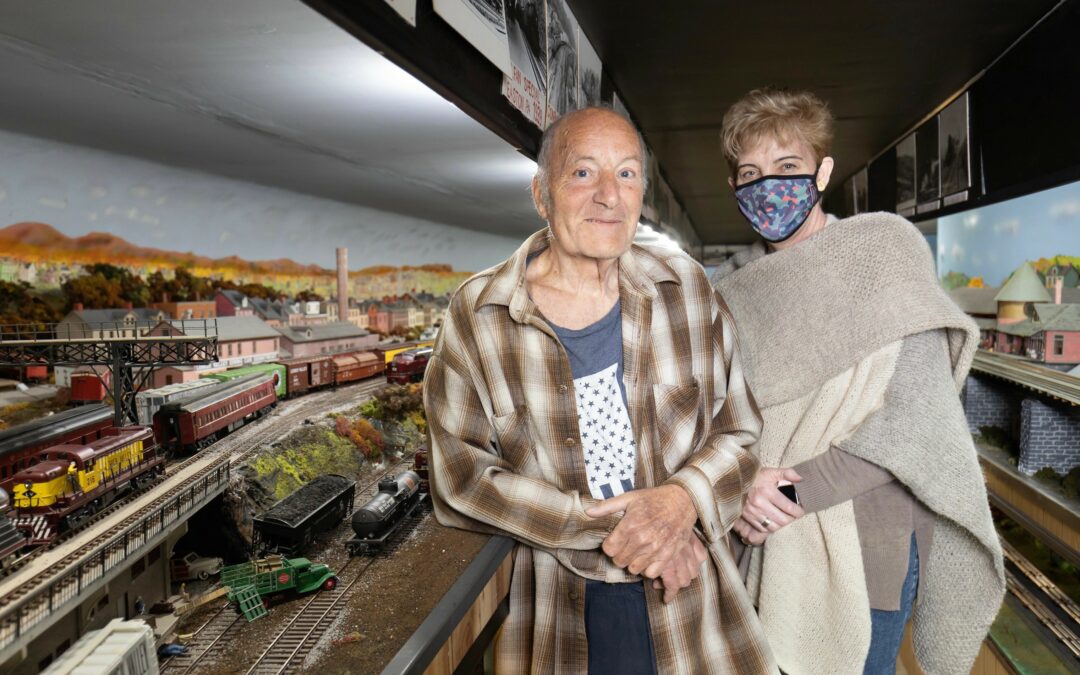 Like many of you who partner with us, I am privileged to do this work. Of course, like all jobs, there are days and aspects of the work that are frustrating and routine, but there is always light and beauty at some point, and that really energizes me.

I was honored to spend time with a client on Friday afternoon. He welcomed me and our photographer, Peter, into his home to show us his O-gauge model of a railroad system starting in New Jersey and going through the Lehigh Valley up to the Lehigh Gorge. He has worked on this for 40 years. He built an extension onto his basement to house the creation and it spans 4,400 square feet.

Ron Luckock is 83 years old[i] and I didn’t need him to tell me that railroads and railroad history is his passion. The detail in his work is uncanny. I don’t know that much about trains and model sizes, but I know artistry when I see it. I was looking at one of the stations and saw that the roof appeared to have individual tiny shingles. I asked if he had laid each one and, while he didn’t do that, he did score the cardboard used to make the roof so that it looked like shingles. I mean, these were teeny, tiny little cuts in the cardboard, and then each piece was layered on top until it made a roof. He also laid all the track. I don’t mean the kind that you pull out of the box and clip together. No. He laid each individual railroad tie, banged in four tiny spikes on each tie to connect the track and levelled it so the trains could run. And that is just one aspect of the detail involved throughout the structure.

He knew the date that buildings were erected and demolished. He named streets, incorporated historical events, told us about the types of engines that were used during “the day,” and generally schooled us on the railroad history of the Lehigh Valley. It was absolutely fascinating.

Ron gave me a gift of his time and knowledge on Friday and I am so grateful. When we were taking some photos, Ron asked me why I thought this was important. This is where I schooled him.

I told him that more often than not, people see our clients for what they are now, and not what they were before becoming ill. It’s important to me to remind people —donors, supporters, staff, volunteers, and myself(!)—that our clients are not one dimensional. They shouldn’t be defined as “the client who had a stroke,” or “the client who has three major health conditions.” In their own ways, they all played a role in developing our community. They had skills. They built, taught, and served. I told him that they had passions and should be celebrated for that. It was my hope that by sharing his work and passion, that people would remember and respect the contributions our clients have made. He smiled and said “Thank you. I can see that.”

We ask our volunteers to share stories about the clients they see, and this is why: so that we can celebrate the talents and contributions made when they were vibrant and active. The skill doesn’t have to be as massive as a 4,400 square foot historically accurate model. It’s more about giving voice to the client and honoring that part of their life where they felt they had agency and power.

Spending time with Ron helped me to regain perspective about the work we do. The pandemic has been long, dry, and sterile, and although everyone on our team has not missed a beat, there was this connection that was missing for me. I am privileged to have met Ron.

Please check out more of Ron’s passion. There are several youtube videos of him narrating his models. They are well worth the time to watch. His craftsmanship and knowledge of history is astounding. Check out: Ron’s Lehigh River Valley. If you put that in the search engine, you’ll get to him. I think he would be honored that you checked him out.

[i] I have Ron’s permission to use his name. His work has been very public. 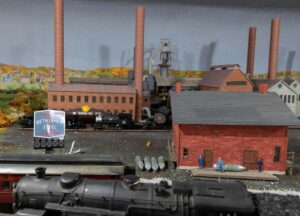